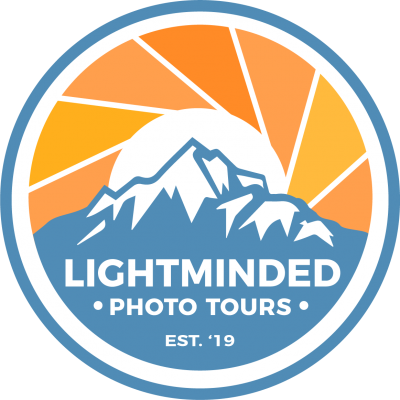 These images have something in common. It’s not visible but it was necessary. Dare to take a guess? (Hint: see above heading)

That’s right! They were all taken with my camera mounted on a tripod. If there’s one piece of advice I’d give an aspiring outdoor photographer it would be: “Take your tripod, and use it.” I can’t tell you how often I’ve seen photographers leave their tripods behind, or carry one but not go through the effort to set up on it.

By carrying and using a tripod, you’re setting yourself up for better photo-taking opportunities. There are multiple reasons for this and these photos illustrate several of them.

In this first image the use of a tripod makes four different techniques possible.

This second image was taken on an overcast day along my favorite river in the world, the scenic Yuba in the northern Sierra Nevada.

The day was bright enough for me to take a standard shot of the river without a tripod but I wanted to slow down the shutter speed and emphasize the motion of the river and create that silky effect. To slow down the shutter speed enough to achieve the desired effect, I set up my camera at the lowest ISO, smallest aperture, and used a polarizing filter to darken the scene, which required more exposure time. The 2-second exposure would have ended up a complete blur if I had tried to handhold it instead of use my tripod.

This third image is an HDR composite. Unlike the first image in which I combined elements of different exposures manually in Photoshop, this image is a composite generated in large part by loading three images into a program called Aurora HDR. The tripod allowed me to take long exposures and keep the images aligned with each other. When images aren’t aligned, you can often still make an HDR composite, but you’ll end up with a cropped version of your original image as the program shifts each image to align with the others.

This last image could easily have been taken without the use of a tripod. It was a bright day and my shutter speed was plenty fast enough to stop the motion of this young grizzly. Where does the tripod come into play? Well, often when you’re in an exciting location with photo opportunities surrounding you all day, your arms can simply get tired from holding up your big wildlife lens. Having a tripod, or even a monopod, can take the burden off and keep you shooting!

As you can see, using a tripod can really open up your photographic opportunities in situations where quality photography would be nearly impossible otherwise.

Even on bright sunny days, when handholding is possible, many pros still resort to their tripod for several reasons. One of the best arguments is that by taking the time to mount your camera to your tripod you are slowing down your image making process. Rather than taking a quick snapshot, you can, instead, study your composition and fine-tune it. Once you think you’re set, scan around the edges of your frame and make sure there are no extraneous elements that might distract from your main subject. A client at one of my early workshops aptly dubbed this exercise “border patrol.” Often we can be so focused on the main subject of our image that we forget to see what else is in the frame.

Sometimes—OK most of the time—it’s a pain to carry and set up a tripod, but I’d rather make the effort than miss a possibly great image. Even if it helps you get just one great image on an outing, it was worth bringing. Take your tripod!

Most importantly, it just looks cool when you’re walking around with your camera, big lens, and tripod slung over your shoulders while you’re scouting a scene. (See Image #5)

An important note about tripods. You get what you pay for! A flimsy plastic tripod from your discount retail chain is worse than useless. It will shake more than you do. When buying a tripod, make sure that the tripod and head are rated to carry the weight of your camera body with your heaviest lens attached.

There are a number of quality manufacturers of tripods and heads. I’ve been using the same Manfrotto tripod for over 10 years. You can choose a heavier aluminum model or pay the extra and get a graphite model. I have the heavier version and think of my carrying it as a nice little workout. My tripod has the ability to reverse the center column so I can take tripod-mounted images inches above the ground. It also has the ability to extend at a 90-degree angle so I can easily shoot from directly overhead on subjects such as wildflowers.

Currently I’m using a Sirui ball head. This head is sturdy and has a nice smooth ball rotation and pano movement and I like the fact that I can adjust how stiff the tension is on the ball.

When looking at tripods and heads, it’s good to consider all the features you may need for your own photography. For instance, if you shoot a lot of wildlife with a long lens, especially birds in flight, you may want to consider adding a gimbal head to your arsenal. This head will add weight but it also adds greater stability and mobility when tracking wildlife.

Small-group photo tours for people with a passion for photography, nature, and culture.